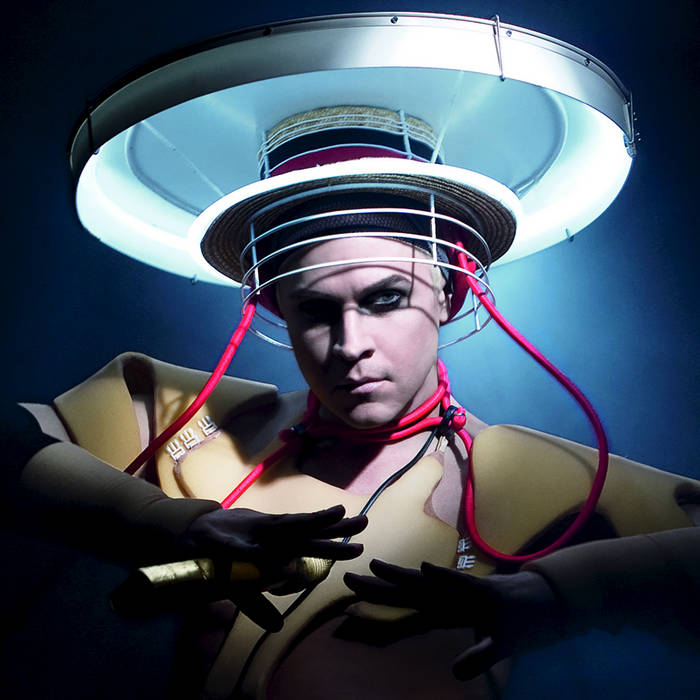 Recorded over a two-year period with producer Jeff Saltzman (The Killers, The Sounds) the album has a depth and complexity rarely found in ‘electronic pop’ albums. This is perhaps not surprising given it’s gestation, deliberately designed to stretch their creativity the album was written in its entirety, titles first and in an intimate and very modest way – in a carriage house in Brookyln rather than in expensive studios around the globe.

Casey’s two year stint with The Wooster Group working on Shakespeare’s Hamlet also had a distinct effect on his psyche, feeding into the ‘to be or not to be’ experimental vs pop schism. Like much of Fischerspooner’s art the album explores the dynamic between being so experimental you feel unheard and misunderstood or being so mainstream and accessible, you are saying nothing and doing nothing.

Stylistically the album is as diverse as it is cohesive. There are ‘electro’ dance moves on the album but also the swirling electronic psychedelia of ‘Amuse Bouche’ full of ‘surprise flavours that enhance your perspective’. Elsewhere you’ll find the searing guitars of ‘We Are Electric’, the downtempo euro wiggle of ‘Danse en France’ and the fantastic rock pop gem ‘To The Moon’ which very nearly takes you there with it’s pounding drums, soaring harmonies and pulsing organ.